Sometimes life is more ironic than fiction. This is certainly true about today’s walking tour. Today we’re visiting the Muslim cemetery in Mamillah. Mamilla is a stone’s through from Jaffa Gate in the Old City and has been of use to Jerusalem residents since biblical times.

The cemetery was founded in the 13th century and remained in use until 1927. The word “Mamillah” is actually the mispronunciation of the Arabic “maman Allah” – “comes from Allah.”

Despite the fact that most Jerusalemites have walked through the cemetery at some point, very few actually know the story of the area.

According to tradition, the first people to be buried in the cemetery were soldiers who fought against the Crusaders. Perhaps the most famous was Sheikh Dia A-Din Abu Muhamad Al-Alami who commanded the siege of Acre in 1291.

Today, the cemetery is absolutely filthy, it is a repository for trash and is neglected by all. How embarrassing. If anybody around the world would treat a Jewish cemetery this way, all Hell would pay. 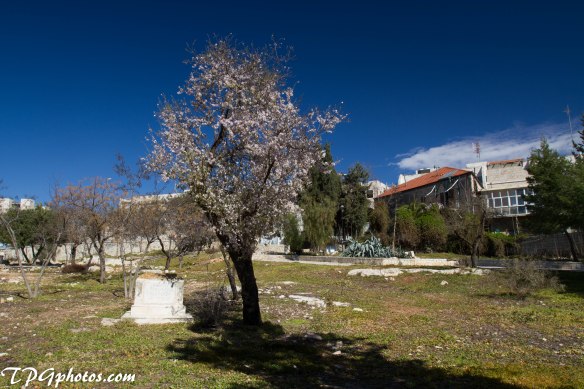 A beautiful tomb is that of the governor of Safed, Al-Kubki who was buried here in the 13th century. 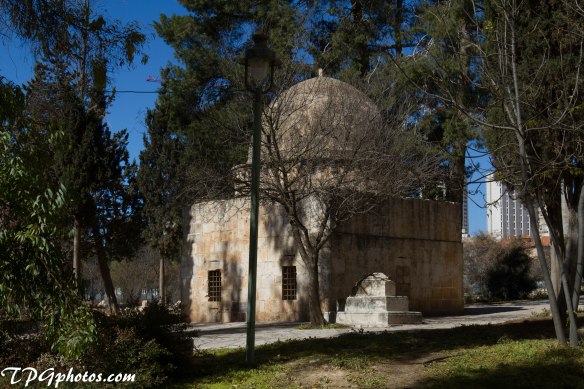 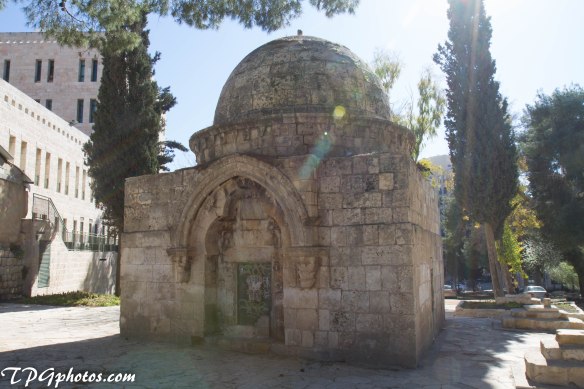 Built in the traditional Muslim style, it is covered with graffiti, and as I tried to look in to the tomb, I saw that it was filled with trash. Shame!

Over the last century, there were lots of different plans to build here. Actually, the cemetery was much larger, and at some point (1927) the Mufti Amin Al-Husseini wrote a fatwa making burial in the cemetery forbidden. Haj Amin wanted to change the purpose of the area to allow for commercial development, and the Waqf sold part of the land to the city. If you cross the street to Hillel street, you will see a lone tomb in the street. 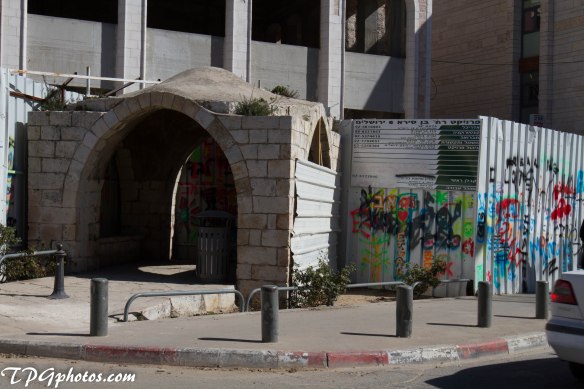 But, we still haven’t gotten to the most ironic part of the story. The city of Jerusalem has been actively trying to develop this land. It’s expensive real estate, after all. Smack in the center of the city.

Some genius got the idea that it would be a good place for a museum. A museum for what you may ask? What sort of museum could one build on a Muslim cemetery? Wait for it — 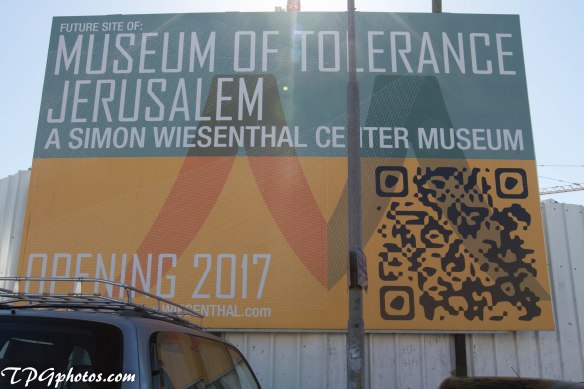 That’s it! Who would build a “Museum of Tolerance” on a Muslim cemetery??

Really, you can’t make this stuff up.

It really never ceases to amaze me. I will be walking through the Old City, I’ll see an alley way and venture in, and I’ll discover something new that I didn’t know existed until then. This is exactly what happened when I came across the Monastery of St. John the Baptist Prodomos on Shouk Abtimous Street of the Christian Quarter.

The monastery is owned by the Greek Orthodox Church and is OLD. Today’s church is built on a much older structure. I initially fell in love with the courtyard. Stunning. I loved the blue colors (reminds me of Greece) and the drinking wells. 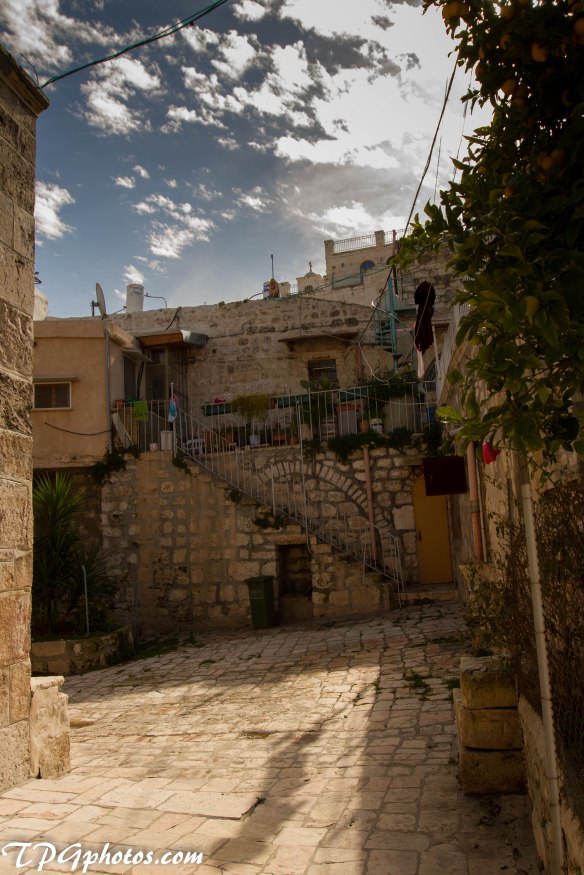 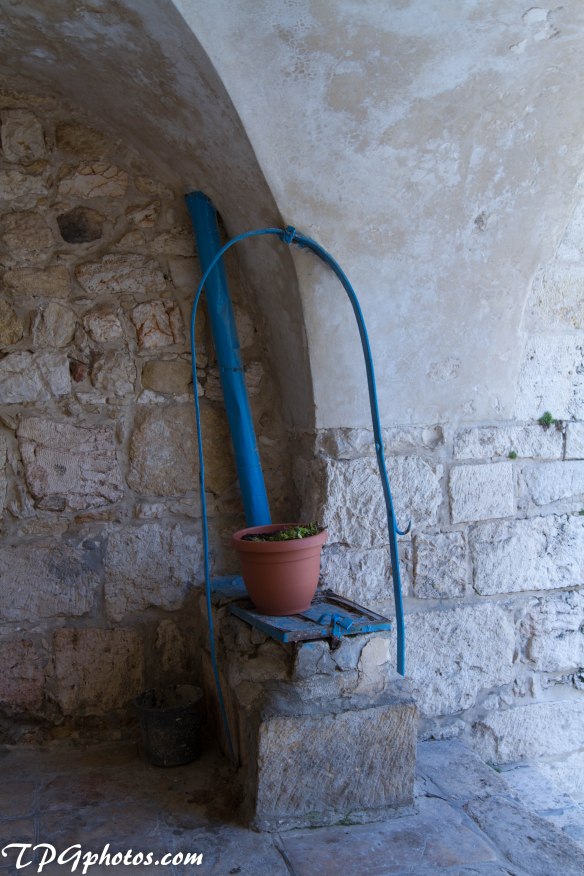 The church, built in the 5th century was demolished by the Persians in 614. During Crusader times, it was known as the “Knights of St. John Hospital.” The Crusaders renovated the current structure. It was purchased in 1674 by the Franciscan Order.

Perhaps most interesting is what’s below the modern church. If you ask one of the Sisters, and give a small donation, they will open the iron door to the Byzantine church. It is was discovered and excavated in 1890. The excavators found a reliquary and a piece of the Holy Cross and other relics of St. John, Peter, and other Apostles. 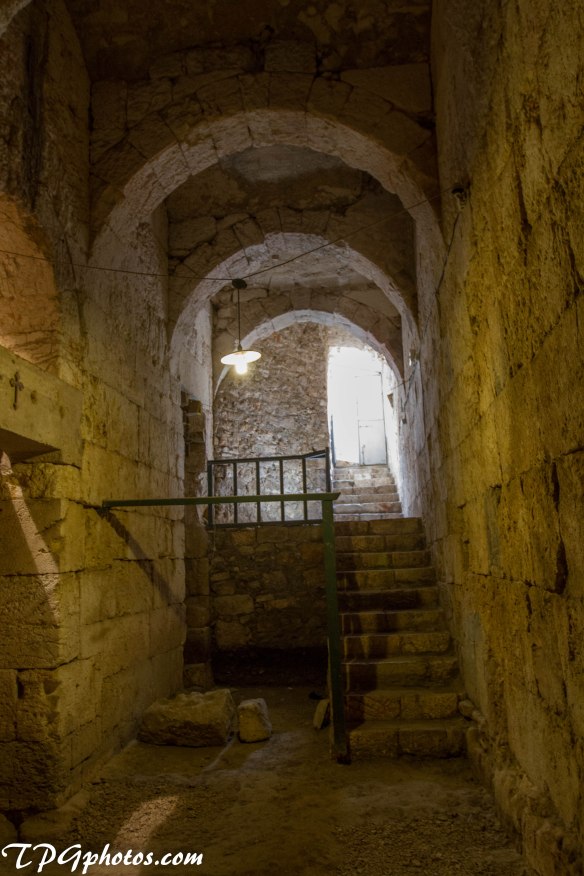 It’s amazing to be standing in a structure that was used 1500 years ago!