Almost every year now it snows in Jerusalem. Winters seem to be colder and colder, and this combines with Jerusalem’s altitude (about 850 meters or about 2800 feet above sea level), mean that it will be cold and blustery.

But with every year, it becomes harder to shoot the city in the snow. First of all, the snow usually lasts about 1.5 days. The weather just isn’t cold enough to sustain snow and ice. And secondly, the city usually shuts down. Roads are closed, and people are cautioned to stay indoors. So, it’s hard to get anywhere and see anything. And third, most shots of the snow involve the Old City and snow. It’s been done a million times.

This snow storm was followed by a lot of rain, and so the snow didn’t last more than a dozen hours. On Friday afternoon, it was clear and most of the snow had melted only to be followed by another flurry in the evening. I woke up early Saturday morning and saw that the roads were clear so I immediately headed out to see if there was any snow in the desert. 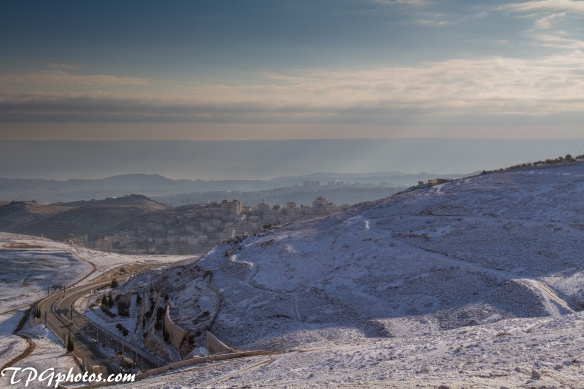 And then I drove to Mt. Scopus (the Hebrew University) and then to the Mt. of Olives where there were some nice views. 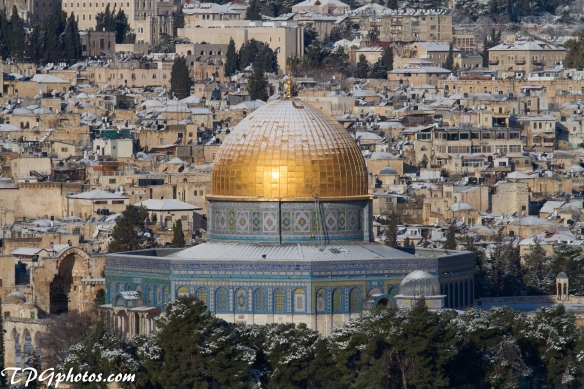 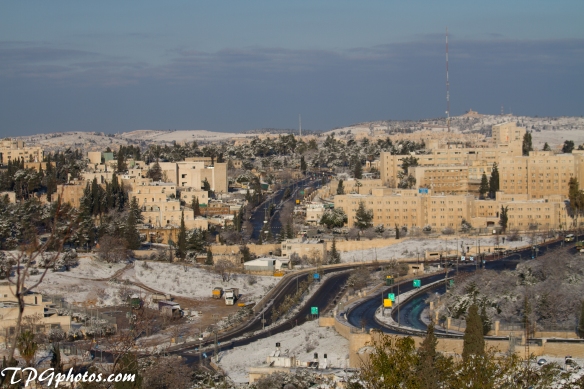 I then headed down to the Old City and to the Damascus Gate. For the first time in my life, I found parking directly opposite the city gate. I guess that it was too cold for the locals to venture out.

I continued to look around for some interesting angles.

This site uses Akismet to reduce spam. Learn how your comment data is processed.